The Need for Vatican II

Pope St John XXIII called the Council very soon after he was elected. He saw that the Church needed to make the message of faith more relevant to people in the twentieth century. He called for an Aggiornamento, a freshening of thinking and practices that would better enable the Church to do God's work and serve the whole people of God on earth. The pope also hoped the Council would pave the way for Christian unity. He did not have a fully formulated plan. Consequently there were many different hopes and expectations. Also, therefore, there were many different forms of preparation between Pope John's announcement in 1959 and the actual start of the Council on 11 October 1962. 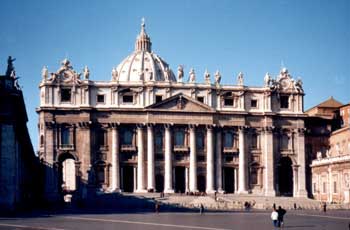 Recalling the beginnings of Vatican II in an important book published shortly after the Council had ended, Bishop Christopher Butler wrote:

So there was to be a Second Vatican Council. What would be its business? Nothing in particular, it would appear; or perhaps it would be truer to say: everything. ... Christian unity was the Pope's distant goal, no doubt, but his immediate aim was 'to let some fresh air into the Church' and to promote within her an aggiornamento. [1]

The Second Vatican Council expresses the mind of the Church for today. Pope John and his successors therefore stress the importance of Vatican II for the needs of the Church and of the world. Read the popes' encouragement to take Vatican II to heart and to action.

In modern times a pope calls a Council. The Pope's function as Bishop of Rome, uniquely, is to be the focus of unity and to preside in love. But he is a bishop among bishops, and the universal episcopate is needed—in some deliberative form—for a Council to exist and to be effective. To underline the need for Vatican II, therefore, the witness of bishops who were significant Council Fathers is important. Among them is Abbot, later Bishop, Dom B C Butler OSB. Read the Voices of Council Fathers.

The Need for Vatican II - An Overview of the Council

Much has already been written on Vatican II. Inevitably, an incomplete account of the Council is offered in this website, rather it views the Council through the eyes of a few of its 'Fathers', and notably as seen and recorded by the then Abbot BC Butler OSB. In this respect, and moreover being available on the web, it is thought to be unique. As a preliminary, the "Vatican II Basics" section in the main menu to the left gives some historical background to both the ecclesial and secular reasons why Vatican II was necessary.[2] At this point in this introductory overview, we briefly leapfrog both the website contents, the whole four years of the Council's progress, its prior preparation and its aftermath. A preliminary attempt at a broad picture, or overall theme of Vatican II is made, despite the obvious limitations. More is available in the rest of the site.

To begin this overarching account of Vatican II it is noted: that for the first time in its 2000 year history, the Church attempted a study and an understanding of itself. That internal study involved a more overt return to its roots in Scripture and its early apostolic, sub-apostolic and patristic traditions. But it also began to emphasis its humanity: the Church is in the world and not over and against the world. It shrugged off its fortress mentality; it strove to be more in touch and in dialogue with the world in terms of other Christian traditions, other faiths, the cultural, the political and the technical milieu in which we all live. It considered the true boundaries of the Church and the needs of humankind. The Council left an important legacy in respect of the Church's human as well as of its divine origins, and of itself as "The People of God" on a human and a religious pilgrimage. But in this divided and newly dangerous world religion is not always a self-evident good. Not without reason, it is sometimes seen as a cause of trouble and the connections between religion and violence—in all directions—are under more intense scrutiny than ever before. Nevertheless, the themes of Vatican II relate overall to individuals and their needs, and to both the community and the 'communion' of all humanity. Humanity is potentially the Church. 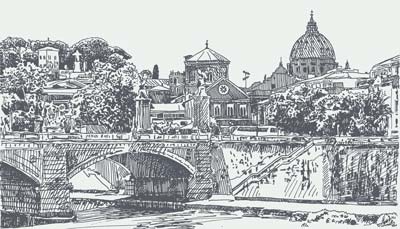 Did the Council define Church?

The Council did not produce a succinct definition of 'Church', but decided that the first chapter of the Constitution on the Church (Lumen Gentium), a cornerstone of the Council, should be entitled 'The Mystery of the Church'. That was merely the beginning of a remarkable dynamic from which a more balanced theology emerged. Strong models which took their place alongside 'Mystery' were the Church as 'The People of God' and the Church as 'Communion' but with 'Hierarchy' as a necessary institutional framework. The distinguished historian Norman Tanner SJ wrote:

Vatican II is a remarkable Council. ... Indeed, for all the problems in the Church today, which at times seem formidable, we are nevertheless the most fortunate Christians ever because we are the only generation to have lived in the light of this great council.[3]

The Urgency of Aggiornamento

The aggiornamento, updating or renewal, which was Pope St John's aim seems to be stalling, but, conversely, it is increasingly urgent. Following a turbulent twentieth century, the urgency created by different forms of violence - in all directions - seems to be growing greater in the 21st century. In November 2004, at the original launch date of this website, religion as a whole was in even greater disrepute, as it continued to be the reason for bloodshed. In the hope of helping to counter inter-religious strife, this website is devoted to disseminating the message of Vatican II, which was and is inclusive, not divisive; peaceful, not violent. The Fathers at Vatican II, on behalf of the Roman Communion, acknowledged a previous exclusiveness and many other failures. By honest debate they opened up the Catholic Church in various ways. It was for all these reasons that Vatican II and what it represented was welcomed by the observers from other Christian communions who were so warmly welcomed to the Council. To a large, albeit different, degree this applies to other faiths. When he called the Council early in 1959, Pope John even then clearly saw an urgency as shown in a biography he authorised:

The Church cannot afford to delay. The present situation in the world makes it all the more urgent for Christianity, if it is not to perish, to proclaim its ancient principles with vigour.[4]

This urgency was plain to him also, because the Church, as instructed by Christ, is properly an agent for the service of the world. By the beginning of the 21st  century it has become evident that the whole of humanity, including the Church—in the spirit of the Council—needs to examine itself. This point was underlined by Pope St John Paul II in his encyclical of 2001, Novo Millennio Ineunte, already quoted.

The Beginning of Renewal

To return to the beginning, the Council assembled in October 1962 and during its four years of intense activity the fostering of new scholarship, begun by Pius XII, was greatly developed (against some internal resistance, it must be said) and the value of other religions was acknowledged. Vatican II stressed that the Church, in its fullest sense, is made up of all of its people and '...many elements of sanctification and of truth can be found outside her [the Roman Catholic Church's] structure.' (Lumen Gentium n.8) [5]  That document 'On the Church' spoke of an inner dynamism towards unity and that the Church must engage with the world. But there was a balance to be struck, we may recall a short extract of Pope John's opening speech to the Council, more of which has been offered earlier in this site:

The greatest concern of the ecumenical Council is that the sacred deposit of Christian doctrine should be guarded and taught more effectively. ...the Church should never depart from the sacred treasure of truth ... But at the same time, she must ever look to the present, to the new conditions and the new forms of life introduced into the modern world.[6]

Gospel teaching came to be refreshed in both spirit and letter as Vatican II progressed. John died in 1963 and the new Pope St Paul VI continued the Council to its conclusion in 1965. It is valuable to repeat that on 23 April 1966 he addressed the Roman Curia:

But now the conciliar doctrines must be seen as belonging to the magisterium [official teaching] of the Church and, indeed, be attributed to the breath of the Holy Spirit.

The intervening fifty years have introduced new global conditions: environmental, inter-religious, scientific, medical and moral issues and also a totally different political landscape. In those forty years world population has more than doubled, mainly in Asia. But sadly and most seriously, in that period the full Council vision has become obscured and there is a widespread lack of awareness of Council teachings and the spirit in which they were formed. Sometimes the term 'the Spirit of the Council' is used pejoratively. If it is against excess licence, in the sense of the abuse of freedom, then it merits Pope John's warning of  '... lack of information ... or lack of discretion and objectivity ...'. However, it is equally wrong if the letter is over-emphasised to the neglect of spirit. In the matter of implementing the teachings of Vatican II, it is apparent even 30 years after Butler's death in 1985 many concur with '... my conviction that this spirit [of Vatican II] has by no means permeated the Roman Catholic body.'[7]

Bishop Butler became increasingly concerned about the slow pace of implementation. His writing is now largely unknown, or unpublished. Much written before the Council, prefigured Vatican II. He wrote during its progress and afterwards for a further twenty years. Much of his work is believed to be unique in the English-speaking world. Some unpublished material comes from private, or semi-private letters which add greatly to our knowledge of the Council. Butler was always totally loyal to the Roman communion which he had joined as a young man. A younger monk who was in a unique position to observe wrote of his abbot:

He [Butler] shone in the Council – because he was exceptional among the English-speaking Fathers in knowing what it was all about from the very beginning.[8]

The material on Butler in this website is intended to lead a newcomer into Butler's work. But he would himself endorse the view that far more important is to use his work to stress the ongoing relevance of the Second Vatican Council, as emphasised by successive popes.

This website makes available aspects of the spirit and focus of Vatican II from Butler's Anglo-Saxon perspective. However, while the readership may perhaps be mainly English-speaking Christians, anyone hoping for mutual understanding in the world may find something useful.

[2] See Principal Themes of The Council.

[8]  Letter from a monk of Downside Abbey