Discerning the Signs of the Times (2002)

Pope John Paul II has repeatedly affirmed that Vatican II is a sure compass to guide the entire Church into the future. It is my conviction that in setting and verifying these bearings, Catholic leaders in our faith community will find no more reliable guide overall than Christopher Butler. His writings need to be better known and more widely disseminated.

Bishop Remi De Roo concludes his 2002 speech with a call to the Church to act on the Council's work. 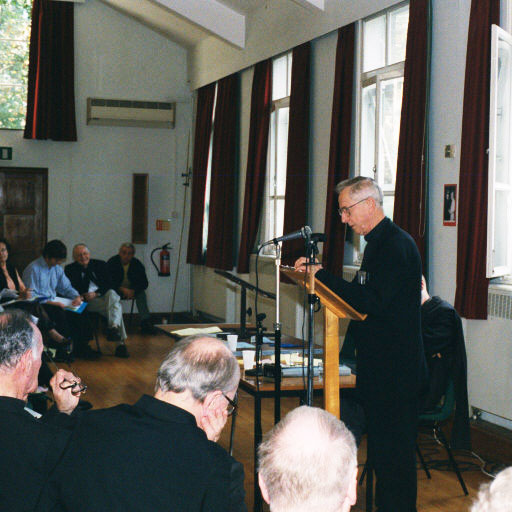 Might I be so bold as to advance a practical suggestion at this point? I would like to see some effective follow-up from this Symposium. Could this successful experience not be seen as an invitation to all who attended to provide ongoing leadership for the English-speaking world ... recognizing the potentially global outreach of English as a new 'universal language'?

Finally, a quotation attributed to Pope John XXIII as on his deathbed (24 May 1963):

Today more than ever ... we are called to serve man as such, and not merely Catholics; to defend above all and everywhere the rights of the human person, and not merely those of the Catholic Church. Today's world, the needs made plain in the last fifty years and a deeper understanding of doctrine have brought us to a new situation ... It is not that the Gospel has changed, it is that we have begun to understand it better. Those who have lived as long as I have ...were enabled to compare different cultures and traditions, and know that the moment has come to discern the signs of the times, to seize the opportunity and to look far ahead.

Was it not the same Pope John who was once reported as having said that Catholics were not meant to be museum keepers, but rather gardeners whose responsibility it was to prepare a beautiful harvest for a glorious future?

While thanking you for your gracious attention, I leave these thoughts with you, hoping they may have served to deepen your own commitment to the facilitating of the Reign of Christ Jesus our Risen Lord.